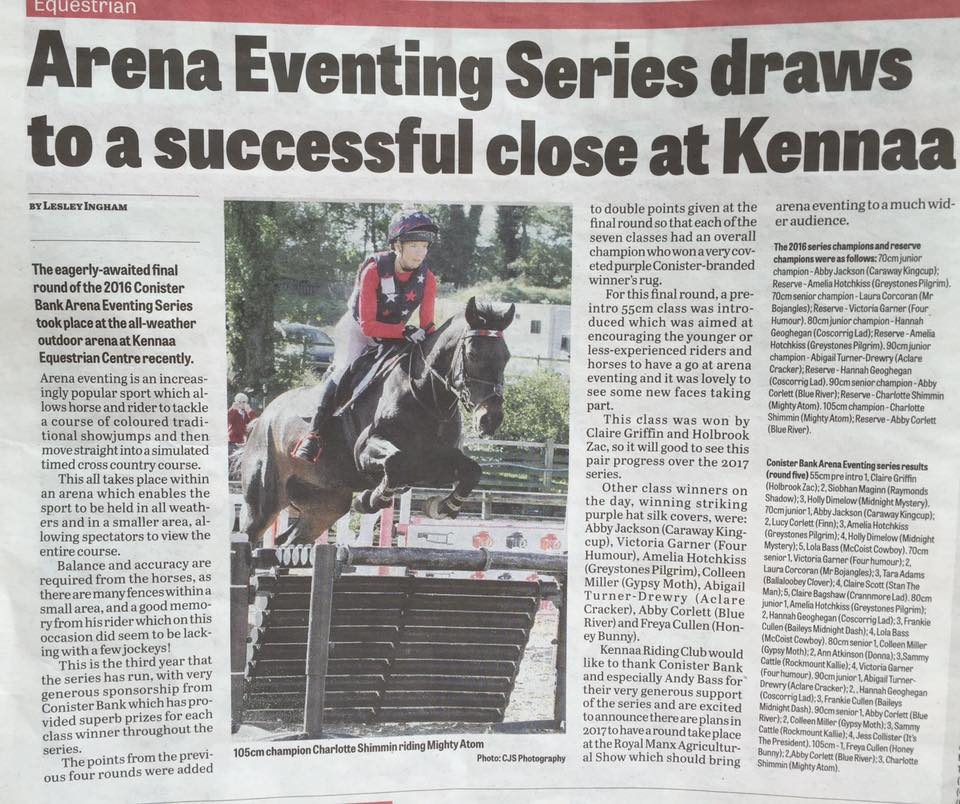 Arena Eventing is an increasingly popular sport, which allows horse and rider to tackle a course of coloured traditional showjumps and then move straight into a simulated timed cross country course, all within an arena, which enables the sport to be held in all weathers, and within a smaller area, allowing spectators to view the entire course. Balance and accuracy are required from the horses, as there are many fences within a small area, and a good memory from his rider, which on Sunday did seem to be lacking with a few jockeys!

This is the third year that the series has run, with very generous Sponsorship from Conister Bank, which has provided superb prizes for each class winner throughout the series. The points from the previous four rounds were added to double points given at the final round so that each of the seven classes had an Overall Champion, who won a very coveted purple Conister branded Winners Rug.

For this final round, a pre Intro 55cm class was introduced, which was aimed at encouraging the younger or less experienced riders and horses to have a go at Arena Eventing, and it was lovely to see some new faces taking part. This class was won by Claire Griffin riding Holbrook Zac, so it will good to see this pair progress over the 2017 series.

Kennaa Riding Club would like to thank Conister Bank, especially Andy Bass for their very generous support of the Series and are excited to announce there are plans in 2017 to have a round at the Royal Manx Agricultural Show, which should bring Arena Eventing to a much wider audience.